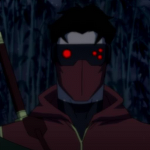 I first joined this wiki on February 1 2013. When the admin at the time Mad Nation (also known as: ReaperxRoll (formerly) aka XGlass Reflection (later on)) who I knew through the One Piece Wiki asked me to join. At time I had never heard of Berserk, but decided to help out Mad because he was a cool guy. That day I began editing and attempting to help out, since the Wiki's activity was quite low. I believe I started to read the manga maybe several days later after joining the Wiki. Becoming an active editor, I eventually spoiled myself about various events that I hadn't yet read about. On February 7 2013, I was given Admin rights. On February 10 2013, I was given Bureaucrat rights, with Mad leaving the wiki the following day.

A lot of things have changed on Wiki since then: the old admins have lost their rights, most templates have been changed at least ten times (character, chapter and episode), new admins have been appointed, background and wordmark have been replaced.

But some things haven't changed: activity (it comes and goes), information on pages and the most important one is chapter releases. DAMN YOU MIURA!

Retrieved from "https://berserk.fandom.com/wiki/User:Besty17?oldid=71861"
Community content is available under CC-BY-SA unless otherwise noted.