Berserk (ベルセルク, Beruseruku?), known in Japan as The Sword-Wind Romance: Berserk (剣風伝奇ベルセルク, Kenpū Denki Beruseruku?), is a 1997 anime adaptation of part of the Black Swordsman arc, continuing through the Golden Age arc of Berserk. The series is licensed by Madman Entertainment, MVM Entertainment, AnimeWorks and is produced by OLM, Inc.

It was introduced in 1997 where it was first broadcasted on Nippon Television in Japan. The series, despite removing plot-threads and key characters, was viewed as a critical and commercial success.

The anime series was directed by Naohito Takahashi and produced by Oriental Light and Magic, airing on Japan's Nippon Television starting from October 7, 1997 and ending on March 31, 1998. The Anime covers Volumes 1 (Chapters 1 and 2, though fused into Chapter 1 along with reference to later Chapters in Volume 2), the end chapter of Volume 3 (where Gambino discovers Guts at a tree of execution), Volumes 4 through 10 and then Volumes 12 and 13 in the manga. Volume 11 is omitted entirely in the anime to remove the character Wyald, but the events of the volume are instead replaced with a similar (but much shorter) scenario involving human characters.

To make the animated series fit within 25 episodes, changes had to be made. Characters like Puck, Donovan, Skull Knight, Theresia, The Count, and Wyald were removed, as well as the opening scene with the Female Apostle was omitted (though she still exists during the Eclipse). The Count's story, Guts' fight with Wyald and many explicit scenes have been edited heavily, removing much of the gore in favor of heavy blood splatter instead of eyeballs, brains, innards and otherwise flying all over the place. The sex scene between Casca and Guts was cut down, as well as Femto's rape of Casca. 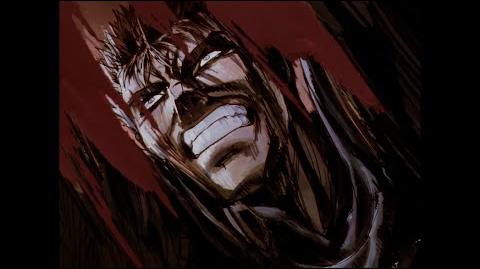 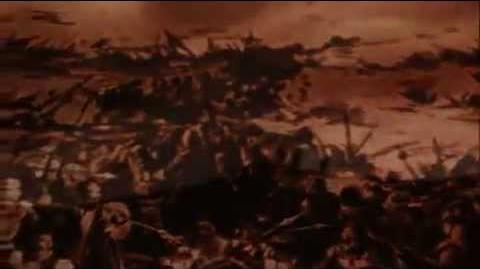 Retrieved from "https://berserk.fandom.com/wiki/Berserk_(1997_Anime)?oldid=81324"
Community content is available under CC-BY-SA unless otherwise noted.